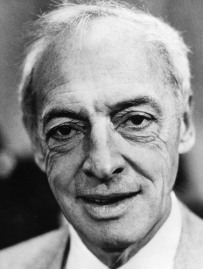 One of my roommates in college played a horse in a production of Peter Shaffer’s Equus and spent hours in stables and on the edge of pastures observing. One night, after a long stretch watching a single animal and mimicking it, he said his stare looked beyond the horse’s eyes and began to penetrate. As it grew dark, he continued to feel the horse’s presence with him. Moving and gesturing like a horse, he sensed it responding as if a wordless understanding passed between them.

“I was another horse,” he said.

And then I thought, “Actors are so full of shit.”

But experience makes me reconsider. “Fake it until you make it,” people say. Pretend something long enough and, in some moment you might miss, pretense drops away. I know the feeling that suddenly, now, just now, you are dancing. Before you followed steps and then the steps came from you.

The first trick is belief. You have to convince yourself of something outside your mind in which you might participate. Two of my junior high friends were lefties, and I bet them that, by September, I could be a lefty too. All summer I practiced with my younger brother’s unused handwriting workbook. Taking a left-handed history test in the fall would prove my transformation.

One paragraph in, the effort fell apart. My mind—translating, too busy directing my hand—could hold nothing, and my pen’s ink seemed to evaporate before it could emerge. If you know panic, you know its effect, the way it eludes capture or control and doubles the moment into itself and your thoughts about the moment. I had to decide which test to fail and chose to pay up. I surrendered to my right-handedness.

Therein lies the paradox—to become anything other than yourself requires such belief in your capacity to determine who you are. And sometimes no amount of faith seems enough.

In Saul Bellow’s Henderson the Rain King, the title character befriends Dahfu, king of the Wariri, who keeps a lion in a cellar as a model for his demeanor and bearing. He hopes to improve Henderson by exposing him to Atti, the lion. Yet Henderson finds little more than terror. Though Henderson stands on all fours and roars in Atti’s presence, “After a dozen of these agonizing efforts I would feel dim and dark within the brain and my arms and legs would give out.” For Dahfu, the imitation seems to take, but for Henderson—his body shaped by decades of neglect and abuse—it doesn’t. Henderson concludes, “Sometimes I think that pleasure comes only from having your own way, and I couldn’t help feeling that this was assimilated by the king from the lions. To have your will, that’s what pleasure is.” The connection seems twisted. Who can say what created which? Was it Dahfu’s will that made him the lion or did the lion’s will make Dahfu?

According to Henderson, Dahfu maintains “A belief in the transformation of human material,” and holds, “that you could work either way, either from the rind to the core of from the core to the rind; the flesh influencing the mind, the mind influencing the flesh, back again to the mind, back once more to the flesh.” Yet, Henderson experiences only limited success in quieting his deep, human mantra “I want, I want, I want.” He’d like to trade becoming for being and adopt a stance of “Grun-tu-mulani,” simply wanting to live, but his influences prove impossible to tease apart. He remains unconvinced and unsure.

In the end, Dahfu isn’t equal to lions either. Without divulging the novel’s conclusion, I can say Bellow asks many more questions about human beings’ cores and rinds than he answers.

I’m told that western and eastern psychology disagree on personal change. In the east, when someone is depressed, the patient might be sent to a hospital to lie in bed and receive visitors reminding him or her of obligations, affections, and family ties. The message is, “Get over yourself and try to be what the world expects of you.” Westerners come at the same question from the opposite direction, seeking to accommodate who we are. “I know myself and I’m bad in certain situations,” the thinking goes, “best to avoid them or compensate for them.”

Yet perhaps these approaches aren’t as different as they seem. Both assume living is a sort of performance—in the east you must be your role and in the west you must suit it to yourself. If everything is acting then it is only a question of being convincing, especially of convincing yourself.

What if costumes hide costumes beneath?  What if you are always faking it and make it only when no one—including you—knows?

One response to “Fakin’ It”