A City of Selves 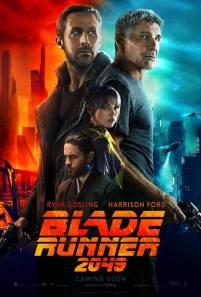 As you grow older, you change enough to think your memories might belong to someone else.

Updating my resume, I see responsibilities I’ve shed, positions I’ve forgotten, expertise I’ve come to distrust, and degrees that ought to have expired by now. Items come with a memory or two—choosing art for my office as a college counselor and the face of the actor who played Emily in a production of Our Town I once directed. I recall arriving 45 minutes early to learn the drills I’d have to teach third grade soccer players, though I never played soccer.

Each moment seems foreign now, not just in the haze of distance but in their storage as discrete things. They are blocky buildings far away, a city of separate selves.

In 2004, a cultural studies theorist named Alison Landsberg wrote a book called Prosthetic Memory: The Transformation of American Remembrance in the Age of Mass Culture. Brooke Gladstone recently interviewed her for the podcast On the Media, where Landsberg described memory as a means “to narrate ourselves.” “We call on the past to open up trajectories for us to become the kind of people that we want to be,” she said, just as “societies or nation states select particular aspects or events of the past that justify who they are in the present.”

For Landsberg, those memories don’t have to be real. Discussing the recent Blade Runner 2049, its 1982 predecessor, and other sci-fi like Total Recall and HBO’s Westworld, she said, “These films end up arguing quite powerfully that authenticity is not the most important criteria for memory.” More important, she said, is “how it is that we use those memories in our daily life.”

If I’m using my memories, they operate subconsciously. I rarely scare them to the surface, and they sometimes seem no more a part of me than episodes in books I’ve read or movies and TV I’ve seen. My first classroom, its glass door to the narrow and dark hall and opposing wall of windows, is now a set. Specific students are silent slides in a Kodak carousel.

In the original Blade Runner, Dr. Eldon Tyrell (Joe Turkell) considers memory a means of controlling the artificially human replicants. He tells Rick Deckard (Harrison Ford), “If we gift them a past, we create a cushion or a pillow for their emotions and, consequently, we can control them better.”

Perhaps my memories create similar constraint. They delineate borders. They whisper when I fulfill my sense of self and when I leave the reservation. They warn.

During On the Media, Gladstone plays a clip from Westworld when the maker Ford (Anthony Hopkins) tells the host Bernard (Jeffrey Wright), “Every host needs a backstory, Bernard. You know that. The self is a kind of fiction, for hosts and humans alike. It’s a story we tell ourselves.”

So, as I’m maker and host, what I’ve done matters little, except as characterization.

That revelation may sound depressing, but—like many revelations—it’s also promising. If I’m not the person who sang and danced as Linus in You’re a Good Man, Charlie Brown, or the person who hosted a talent show in a banana yellow tux, I’m the author who thought them within the range of my characterization. I’m editor too, deciding what episodes—good or bad—seem characteristic and uncharacteristic. As I’ve never liked myself much, it is also some consolation to be a maker who can forestall the desperate desire to add new episodes and honors that I, as a host, always think will redeem my sorry history at last… and don’t.

Deckard’s memory of a unicorn is one of the ways viewers identify him—a blade runner who decommissions errant replicants—as a replicant himself. Unicorns aren’t real, which marks that memory as implanted. Alison Landsberg points out, however, “There’s a way in which all of our memories are implanted.” Our parents’ stories implant some, photographs implant others, and books, film, and television implant too. “But it’s what use we make of these memories, real or not, that’s most important,” Landsberg says. She reminds me that people are defined by actions. “Whether those actions are made possible by prosthetic memories or memories based on lived experience,” she says, “makes little difference.”

Though I’m not ashamed of the items on my resume, I might enjoy being the sort of replicant who more consciously engineers his own identity.