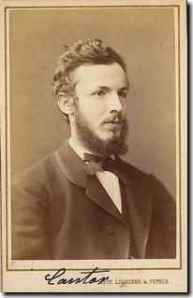 The second half of the lyric essay posted on Wednesday 5/7.

Embarrassing Moments sting most. Earlier this year, I was reading a passage from Huck Finn depicting a character named Sherburn who spews vitriol about mobs and vigilante justice. A student asked, “Does Huck say anything about Sherburn’s speech?” and, I said, “No,” trotting out my pet thoughts about Twain’s depiction of Huck as dispassionate and the strategy behind Twain’s approach. But another student raised her hand immediately and held it aloft as I held forth. When I called on her she said, “But what about…” and read Huck’s commentary on Sherburn.

In those moments I feel verdict-stricken. My eyes flit from face to face searching for signs of my humiliation. It adds proof.

We started many math classes with sets. The set of apples gave way to the contents of an imaginary person’s trunk or suitcase, which gave way in turn to sets of real numbers, of integers, of ordinals, of cardinals, of natural numbers.

In one class, we briefly discussed sets themselves, how they corral mathematical objects—which, typically, were not objects—and how “naïve set theory” led to axioms. One dimly remembered axiom dealt in an infinite collection of shoes and how choosing just the left was different from choosing among sets of socks so similar as to indistinguishable.

I must be getting it wrong. Others understood it perfectly or professed to. I felt lost in a museum crowded with objets d’art never neat enough to call a collection. Collections possess order you feel.

The absence of that feeling is chaos.

Do other animals create sets? Does a gorilla group plants he might eat?

The finite items animals know—humans included—amass like drops of mercury in one puddle, but I wonder how well other animals remember the parts as ever being separate, whether they conceive of anything beyond what they presently perceive. Does a cheetah know which creatures have the least chance of escape or does the urge to chase rise like a message from elsewhere, a visitation of a singular order dictating that moment?

Other animals can’t see outside what they are. If they do not know the borders of the bubble they’re in, at least they can’t aspire to find it and pass through it. They can’t wish to be elsewhere. They want as we do, but want nothing more.

I think sometimes about how hard and fast categories are to others and suspect theirs have more resolute and sharp edges. They contain things better. Some feel no need to move emotions between containers, and they worry less about where each belongs.

If there is a “belongs.”

My older brother owned a hinged wooden box—he may have it still—where he saved objects he liked—a particularly good sand dollar, a lens from a microscope, a mermaid’s purse, a wooden nickel, some shark teeth, and some of his own teeth.

He can tell me what in this list is wrong. It comes from what, knowing him then, makes sense. That box held other things that have migrated from my picture of him, and I’ll bet he could tell me those too.

I have no such box, though I have notebooks from fifth grade to graduate school, and fragments of writing from the time between then and now. I look at them so infrequently I recall motive better than their content.

The exact number eludes me, but less than one hundred copies of my book The Lost Work of Wasps exist in the world. I can’t know, of course, where they are at this exact moment, but often I imagine calling them back. I’ve heard little from their owners and assume some wincing reluctance prevents anyone saying much. I worry I’ve embarrassed myself again, and no one wants to alert me.

But that’s supposition. Perhaps the embarrassment is the owners’—they never opened the cover (though they meant to) or fear the contents will compromise the version of me they prefer. “Too serious” or “Too much information,” they may be thinking.

Or it could be the book has already become a forgotten satellite zipping around me, broken so there’s no talking to it and no purpose in its assembly of parts.

I try to categorize the book, placing it in “Things To Be Proud Of,” but I put it there by publishing it myself… the classification won’t stick. It will only ever truly fit in “Things Unsettled,” a set stuffed to bulging.

One of the preparations linked to “That last Onset” in Emily Dickinson’s “I Heard a Fly Buzz When I Died” is the speaker’s having “willed my Keepsakes—Signed away / What portions of me be assignable.” The arrival of the fly, another presence is what seemed a complete and finite scene, calls every “portion… assignable” into question.

Even without the added fly, the moment relies on faith. Sorting matters doesn’t change them, and our neatest piles lay inert. Their only heat—the thoughts and feelings in the hands that arranged them—cools quickly.

Some order belongs only to the maker.

This is my letter to the world,
That never wrote to me,–
The simple news that Nature told,
With tender majesty.
Her message is committed
To hands I cannot see;
For love of her, sweet countrymen,
Judge tenderly of me!

These days, I don’t write many letters, but when I did, news wasn’t my style. And people seemed to meet my letters with apprehension, skim them, and then put them aside for consideration later… which often turned into much later. On more than one occasion, someone I saw after a long absence formed a mildly sour smile and tipped his or her head in silent concern and embarrassment. “Your letters….” I heard those expressions say.

We’d start talking instead of writing, and friendship returned in moments. It helped to stay away from anything seen on the page.

In graduate school, one of the lecturers discussing Emily Dickinson’s correspondence addressed how challenging it must have been to be her friend. As brilliant as she was, she was, in seventies-speak, “Intense.” Her first letter to Thomas Wentworth Higgins sounds demure enough—she asks, “Are you too deeply occupied to say if my verse is alive?” However, her aesthetic meditations quickly explode into real crises, and she steps close enough to the edge of obsession and mania that the bottom of her dress gets wet.

She also tells Higgins, “When I state myself, as the representative of the verse, it does not mean me, but a supposed person.” Many of my students like to believe Dickinson wrote for herself, and of course she did. But she also desired an audience, or she never would have bothered to write Higgins in the first place. Her “supposed person” may also have offered a degree of protection. Though she said “That’s not really me,” the neediness of her letters to Higgins accelerates quickly, and soon she’s telling him she has no “Monarch” in her life, and “cannot rule myself; and when I try to organize, my little force explodes and leaves me bare and charred.” She begins to beg him to visit, and, when he says he can’t, she delays her reply, “Not because I had none, but did not think myself the price that you should come so far. I do not ask so large a pleasure, lest you might deny me.”

I’m no Emily Dickinson, but I sometimes wonder if these posts are my letters to the world. My crises are more visible here. In my real life I appear placid. Here I share doubt. In real life I’ve learned to disguise my quiet desperation, but the desperation hasn’t really changed. My mind can turn a broken shoelace into a personal apocalypse. Even good news can arrive like a page soaked in the most sulfurous molasses—sweet, yes, but with bitter promise.

And I’m in the odd position of having a few readers now. Where before I could regard this blog as a laboratory, a chance to sort out thoughts and formulate theories, now some people know my pronouncements. Once I might safely quote myself, now I feel how odious that is. Yet, as the different seas of my life begin to mingle, I wonder if some people will come to regard me as my returning friends did. I’ve experienced that state often enough with other people—there’s so much I know about them that I don’t discuss, so much I see as our intimate knowledge and don’t address. After being immersed in darker or more forceful currents, you can have trouble resurfacing.

I confess a few moments of embarrassment when someone mentions reading my blog or says me back to me. Naturally, I think, “Should I have admitted that?” or “Am I going to get in trouble?” or “Is it okay to feel as I do?” and “Oh, what did I say?” I’m no exhibitionist. I’m an intensely private person, so this urge to expose myself mystifies me a bit. Emily Dickinson’s desperation is in me too—we aren’t truly writing for ourselves, but for some company.

I tell myself it should take courage to write. Writing without risk hardly seems like writing at all, and, seen from a written or spoken perspective, I am one person. I tell myself that, if I begin by saying none of us are what we seem, I have a better chance of reaching readers and giving something greater than self-absorbed news. I tell myself I have to be vulnerable to touch anyone.

Then I think about Dickinson’s power—her loud voice blasting from her private world—and hope writing really is truth and not perpetual embarrassment.

A Shot at Yahtzee

If Emily Dickinson is right that “hope is a thing with feathers,” it’s a blast-beruffled bird, a puff-ball clamped to a twig, its eyes fixed on distance, some deep gene crying “Survive, survive.”

Hope doesn’t come so naturally to me, but I assure you it’s there, buried as deep.

I remember assuming success, my youthful confidence believing, thinking, speaking, or acting.  Everything would be fine, and, if it weren’t, so what?  Failure was truly another opportunity.  Possibilities cascaded from any risk before me. I didn’t rule the world, but I made laws for my part of it.  I anticipated obedience.

Now, not so much.  Gather enough experience of mishaps—or just read the newspaper every damn day—and you’re sure to despair.  The older I get, the harder optimism becomes.  It requires will.  My predilection is to collect doomsday scenarios like box tops, each closer to the grand send-away.  Perversely, I find myself desiring the thought to end all thoughts, the other side where my mirror self says, “The worst has happened.  From here, only hope.”

But Emily still isn’t wrong.  Each flip is a new coin, an opening for flight. As long as chance dictates, I might roll yahtzee yet.  Humans have to be constructed that way or we wouldn’t bother to eat, sleep, or breathe… and even I see far enough to do that.

Hope is more properly a flame, a trick birthday candle sure to re-ignite, fire impossible to extinguish.