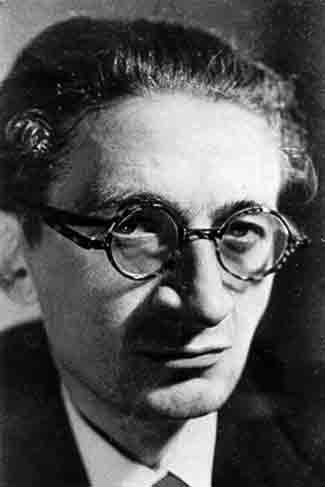 I own one book I’d truly grieve losing, D’Après Tout by Jean Follain.

My reasons are partly sentimental—I went to great trouble to get the book, and it found me when I felt lost in my writing life. Most of all though, the poems inside are ones I wish I’d written.

Jean Follain (1903-1971) was a barrister and eventually a judge in Paris but came there as a student from Canisy in Normandy. Those facts mean little to me, but Heather McHugh, in her introduction to her translation of D’Après Tout makes much of Follian’s origins. The intimacy of his upbringing, she suggests, contributes to the size of his poems and their use of the commonplace to illuminate “the monumental.” Because of his early, circumscribed conditions, his poems are “miniatures.”

Calling them miniatures, however, belies their echoing expansiveness. They are miniature in the sense that Sherwood Anderson’s stories in Winesburg, Ohio are incomplete or in the sense that James Joyce’s stories in Dubliners are inconclusive. They are whole, just not in a way readers immediately and consciously recognize. Little details subsume so much. To describe Follain, McHugh evokes what William Gass said of Faulkner, “Nothing was too mean for his imagination because he did not believe there was any insignificance on earth.” Follain turns a reader’s attention to the rites of life. Minute ceremonies become tuning forks for the wider world.

When evening breaks up
its mass of clouds
the grass fire can be seen
sending up its smoke
flowers grow in the ravines
a little daylight is left
while a boy
in an iron-gray smock
bends down to the rut in the road
to tie his shoe
with no half-heartedness in life
no trace of absence.

The deliberately murky punctuation of Follain’s poetry can make them seem lists or collections—the clouds, the grass fire, the flowers in the ravines, the dying daylight, the boy and his “iron-gray smock,” the shoe. What seem separate, however, are truly tangled. The smoke is like the clouds, the rut in the road repeats the ravine, the color of the sweater matches the color of the clouds or smoke, the mass of clouds breaks up and dwindles to one boy on one road, the meditation on “half-heartedness,” and “absence” comes in half light, the flowers in the ravine foreshadow the boy’s vivid life amid others’ half-heartedness and absence.

The poem becomes complete, at least in its own fashion, by creating a subconscious continuity, a homogenous atmosphere. The boy is a part of things in ways we might not readily recognize…but know nonetheless. At the same time, in the presence of all that is mixed—the smoky air, the flowers and the ravine, the rutted road—the boy innocently tying his shoe is the one pure, undiluted thing. An act we’ve seen and done countless times becomes a holy note in a cathedral-sized setting.

Never coercing a reader or revealing himself too visibly, Follain says what can only be said indirectly.

Follain often links the immediate and the eternal, the individual and the universal, the enunciation and the prayer. In “Looks,” he describes a sick man studying “the reflection / of a tiny landscape” in a drop of water, and in “Man Alone,” he ends with a figure “representing by himself / without wishing to betray it / all of humanity.” Follain said he sought to recover the “naked beauty” of things, but it seems that beauty is a commonplace, a part of everything he notices. The last poem in the collection, “That’s Life,” focuses on the “fresh laughter” of old women, “their bodies which were once beautiful / keep pumping blood and endure.” All that people were is present in what they are.

To a casual reader, little in D’Après Tout may seem more than raw observation—and disjointed observation at that. A cursory reader might regard his poems as pleasant but insubstantial. Reading his work carefully and rereading it, the collective effect changes. These miniatures may seem mundane, but the elegance of the writing lifts them…to revelation.