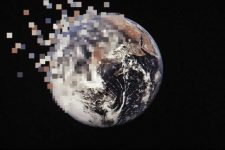 “Nuance” isn’t a verb, though I heard it used as one recently. “We just haven’t nuanced the problem,” she said. My teacher-mind cringed. A second feeling chased the first, however. For the U.S., facing problems with so little thought, maybe we could use more nuancing.

I won’t try to write again about American anti-intellectualism—authors as far back as Alexis de Tocqueville have done so better than I—but I’ll describe five contemporary manifestations of the un-complications that plague us.

1. We’ve come to rely almost exclusively on one-size-fits-all-solutions. With hot-buttons particularly, we seek the simplest remedy. Gun advocates regard “gun control” as a guns-or-no-guns question. Because nuanced issues about abortions—how and when and if in what circumstances—suggest fine distinctions, some say we should ban them entirely.

More insidious is the collateral damage of good intentions. I can be momentarily generous and attribute good intentions to FCC chair Ajit Pai as he decries regulations as that, he says, discourage internet research and development, but ending net-neutrality, his one-size solution, seems a weed killer destined to take the lawn with it.

2. Part of our oversimplification arises from a desire to alleviate symptoms, not causes. Americans have a subject-object problem. They wish to treat opioid addicts without addressing the systemic origins of opioid addiction. They howl over individual instances of racism, sexism, and every other sort of bias but rarely get around to institutional forces proliferating them. The impoverished must solve poverty. If you’re feeling stressed by your circumstances, someone will help you deal with it. Just don’t try to cure its causes.

3. For simplicity’s sake, many Americans reduce groups like opioid addicts, immigrants, Democrats, or Republicans to monochromatic groups. A caravan racing from Guatemala must be bad hombres crashing our gates, and we’d prefer not to believe that those tiki-torch bearers, who appear otherwise conformist, yearn for white supremacy. It’s much too complicated to look closely at any one complicated member, never mind examining what subtle influences initiate and perpetuate socially and politically problematic attitudes.

4. Instead, we focus on individuals as emblems of broader concerns. We wish to believe our dilemmas might vanish if we could just get past the Trump presidency when, actually, Donald Trump may be the side effect of decades—and maybe centuries—of problematic American values. His removal may give hate and bigotry less credibility and a smaller megaphone, but what will happen to hate and bigotry?

And our obsession with emblems works the other way too. A figure like Martin Luther King can supply strict standards to complicated individuals with complicated circumstances. Being like MLK (or more accurately adhering to approved aspects of his thinking) can become a weapon to wield against dissent. Behavior like Trump’s or like King’s is aim or anathema, model or scapegoat. Either way it oversimplifies.

5. We look increasingly to humor or righteousness as a remedy, as if extremity substitutes for deliberation and verdicts or jokes are as worthy as science or rumination. Our laughter or pique is mostly confirmation, a pacifier to troubles we can know—and solve—only through contradiction and courage and disagreement and discussion. Yet it’s easier to assail enemies with oblique blows than to negotiate and/or reconcile.

In the end, you might dismiss my whining. I’m admittedly guilty of sweeping assumptions I rail against and, yes, have no answer myself. Before contradiction disqualifies me, however, let me defend myself. Solutions begin by identifying issues, though they may seem inconvenient or byzantine. We face so many troubles. Can we afford easy answers?