20 Sentences on Order (Out of Order) 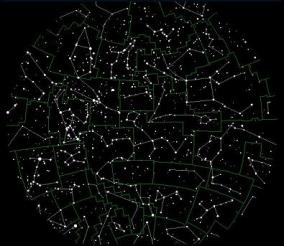 Today’s post is really an exercise or experiment. I wrote 20 sentences and then rearranged them using a random sequence generator. I did it three times but decided on this progression because it seemed least sensible. If you want to read the sentences in the order they were first written, they’re labelled with their original numbers.

4. The romance people assign is secondary.

10. Somewhere, amid the lines and dead ends, among parts and their whole, between truth and almost that, lies space.

7. So much of what we think known isn’t.

18. It might speak its own scheme but would take me to interpret it.

9. Blocks of words stretch each of the cardinal directions and their combinations, spreading like spills.

13. We make the image by reshaping our mouths into rooms.

15. But we live in our own rooms, our own libraries.

5. Place comes first, and, though we like supremacy, reading chaos as sense isn’t our best trait.

3. Stars wheel through the night as they always have, indifferent and mathematical.

12. I see a child standing before a painting, forming her mouth to the shapes of words.

8. Every library contains volumes of madness, shelves of proud misapprehension.

20. What if we embraced the illusion we see?

6. Stars have order apart from the reason we give them.