The Parade of Maladies 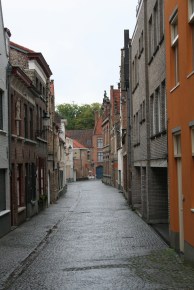 A very little story for a very busy week…

She wanted to stage a spectacle, to gather the identifiably flawed in a chain of equally weak links, but, when her doorway filled and refilled with claimants, she lost the will to differentiate.

Some couldn’t walk. Others couldn’t see or hear or gather a fist to shake at the sky. Some moaned, and others laughed too loudly. Numbers of them seemed, to an untrained sensibility, absolutely intact. Yet, if she couldn’t see their black spots, she assumed they were internal, growing deep.

The children surprised her most. They looked from new eyes, yet she saw, or thought she saw, some glow of pain ignited there. She shepherded them gently, resting her hand lightly on the centers of their backs and guiding them to their places in the parade. Their weak smiles warmed her. They were unused to being touched.

By mid-morning the street in front of her house filled with people. At first she thought to organize them and place them in bands and layers and companies that might prepare them to move through the city. Quite a few would need to be carried, and, while wagons and carts and wheelbarrows appeared near her door, they weren’t enough. The less damaged would have to bear a load. Every time she considered instructing people, though, they fulfilled her instructions, lifting the frailest bodies as if they were spare wings. Soon she had no job at all because, without a thought, they knew what she wanted from them. They arranged themselves, and she altogether missed the signal when the parade started. Everyone knew to take the first step in unison, and they did, in raw silence, tipping their heads to look into the windows above the street as they passed by.

She didn’t see anyone in the windows. It appeared the entire town came out to walk in the parade. Perhaps whatever percentage believed they didn’t belong didn’t come near their windows. Maybe they sat at tables, eating or drinking and secure in their remove. She pictured them. They would settle into chairs. They would lift forks to their lips and wipe grease away with clean napkins. She registered odd pity as the throng marched through the narrow lanes winding past the town’s most formidable homes.

Her plans never included a destination, but suddenly, all together, the crowd stopped. When their footsteps died, circumstances they’d missed—the stir of air around them, a light chill, the slant of a veiled sun over slate roofs, birds’ shrieks, and a baby’s plaintive cry—occupied the world. She listened and gazed. They all did. As with all such moments, the instant barely held before it passed.

Then they dispersed. Some clasped hands or hugged before going, but none lingered long. The day moved toward noon. They vanished even more quickly than they gathered and left her on a corner far from her door, grateful, alone without feeling so lonely.

2 responses to “The Parade of Maladies”