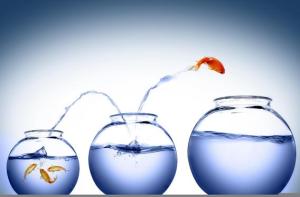 I wonder sometimes at desire, how the fabulously rich person can covet more profit or how the powerful senator or representative can begrudge the slightest compromise or how the famously successful artist can worry he or she has lost relevance.

Yet truly I understand. Getting whets desire. Having what you always wanted frees you to want more. At least, it must. I don’t know how it feels to be rich, powerful, or successful, but I can easily understand not wanting to stay where you are. I feel the desire for progress and further success. I’d like to think that, if I ever attain a comfortable situation, I’ll be content, but humans don’t seem built for contentment.

Our tragic flaw as a species may be restlessness, a deeply embedded longing to move and move again. Once survival must have rested on shoring up against unanticipated shortfalls or migrating from favorable positions in anticipation of their becoming unfavorable. Once we persisted because of worries, because the contented came to no good end.

Of course we ought to rest sometimes. No one needs Bill Gates’ wealth or Mitch McConnell’s influence or Lady Gaga’s cache. No one needs anything more than today’s meals, a restful place to sleep, and enough activity to prevent boredom and feelings of unimportance. Yet that’s seldom enough. My own life is full enough, and nothing tells me another essay or poem will fulfill me. Intellectually I know. Emotionally, just the opposite. It’s more what not posting means, a concession, a settling, an act commensurate with sacrifice or surrender or quitting.

I think of Odysseus who, having appeased Poseidon at last with his winnowing fan, presses through the Pillars of Hercules and sails off the elbowed edge of the known world. I think of the pursuit of outer space, a place finally empty and vast enough to accommodate our ambition. Must we? Yes, I suppose, we must. Something positively biological compels us.

Still sometimes we shouldn’t. Alexis de Tocqueville said American society depended on “Self-interest, rightly understood,” that our greatest motivation benefits ourselves but should extend only so far.  No benefit should impinge on another’s. He described more than Americans, I think. Humans want and want until every other human disappears—we survive by thinking of current rewards and future advantages, which often don’t include rewards for others. Some people can rationalize, can say “Greed is good,” and assert that what improves one of us improves us all, but when has history ratified that contention? Instead, it’s filled with personal victories that place the hopes and ambitions of native peoples, of workers and slaves and quasi-slaves into shadow.

Societies like the Amish who base their lives on standing still seem eccentric to us. We have the better notion, we believe, which is to forge ahead. We won’t put the genie back in the bottle and won’t even acknowledge the feasibility of doing so. The world moves relentlessly forward, however dubious the word “forward” may seem.

I only wish I could believe in satisfaction and rewire the deep genetic intelligence of our species, but I can’t for me and I can’t for you. Desire confines us. Yet I worry sometimes if our survival depends on the greatest ambition of all, fighting our nature and accepting contentment as real.

6 responses to “On More”