A Defense of Studying Literature 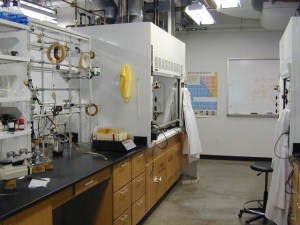 When people call physics and chemistry “hard sciences” they refer to those subjects’ basis in mathematics and quantitative reasoning. In the lengthy definition of “hard,” such subjects fit best with 7a,“1. firm, definite; 2. not speculative or conjectural: factual; 3. important rather than sensational or entertaining.”

By that definition, my own specialty—reading, thinking over, and writing about literature—is decidedly soft. Many people probably assume the earlier definitions of “hard” don’t fit English either. Because literature classes don’t require mastering complex and rigorous physical laws, they aren’t seen as being as difficult as classes involving equations, graphs, and experimental data. Literature is fuzzy, subject to slippery interpretations and airy whims. You can say anything about a story, novel, or poem, the reasoning goes, so what you say is insubstantial, variable, and, on some level, false. Some people think English teachers should grade easier because there’s nothing really to grade. If you can’t do numbers or master analyzing figures, it appears you’re better at bullshit than anything else.

As might be expected, this sort of thinking makes me defensive. Anyone who has read Shakespeare, Milton, Melville, Dickinson, Woolf, Joyce, Pynchon, Wallace, and countless others knows literature aspires to considerable complexity. Some works offer challenges equal—in their own way—to calculus, advanced economics, or quantum physics. The absence of hard information creates distinctive burdens. Nuanced interpretations rely on sophisticated understanding of language, fine differentiation, scrupulous decoding, and resourceful observation. Saying something new about texts pored over for hundreds of years isn’t easy.

Nonetheless, some might say less is at stake. People see literary analysis as arcane. No one calls an English teacher for an emergency opinion on Jane Austen, so we’re all diddling, expending valuable mental energy on silly pursuits. Nothing we talk about or write about is real because none of it is practical, none required. If I say understanding the human condition is real and necessary, a boon to living if not absolutely essential, some may say, “Yes, but it’s fiction, right? It’s invented, not the granite foundation of existence.”

I wish people understood hard sciences the way I understand literature, as a way of seeing, produced by a distinct sort of curiosity providing one valuable angle on reality. How did the quantifiable become so privileged? How did it become the preferred means to truth—and sometimes regarded as truth itself? When did we begin believing exclusively in the explainable, the graph-able, and the hitherto undiscovered minutiae of physical processes? How can the definitive be all we should notice? When did we decide only knowing certainly matters?

Sometimes I think everything we call “hard” in those terms—the factual and verifiable—is actually the lowest lying fruit, subject to mechanical processes of discovery requiring more discipline than invention, more scrutiny than inspiration, more brute data-picking than art. I know that’s not so. Experimenters rely on insight as well. They follow hunches about where and how to look. Scientists and mathematicians require creativity also. I see that.

These hard subjects are clever and rigorous, but I want to beg respect for my own specialty and request acknowledgement of literature’s effort to seek truth. If humans only find answers to the questions we think to ask, shouldn’t we ask all sorts of questions and address reality from every angle of inquiry, hard and soft?

The other day, a senior at my school said, “I’d like to go into medicine, but I’ll probably end up studying English instead.” Her assumptions were ready to be read. She knows she may have to settle. Medicine may be too hard, and English is simpler. Maybe, but even if that were so—and it shouldn’t be—the value of any study can’t rest on how easy or difficult it is. Academic disciplines arise from what they add to understanding, how they train minds, educate, and humanize.

I’d argue this country produces as many bad scientists as bad English majors. And our educational system as a whole fails when it ranks pursuits as fruitful and less so, as real and unreal. Of course the world needs scientists and mathematicians, and, because rigor probably has scared people away, it’s important to urge others to fill those roles. But we also need brilliant people who can accommodate soft thinking and appreciate elusiveness and uncertainty and—dare I say it?—beauty. Education will be healthier if it can recognize the value of complexity without groping for definitive, hard answers.

148 responses to “A Defense of Studying Literature”