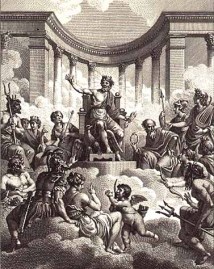 …I recently passed the 200th post on this blog and must confess—sometimes my peevishness builds up like the buzz of an amplifier feeding back its own distortion. I begin to feel attention ought to be paid and wish I felt as valued as I ought to be valued.

Generally, I spare you these fits of pique because: a. they will pass, b. it’s not your fault, c. you might feel obligated to point out their injustice, d. regret invariably follows, and e. talking about my petty grievances will only establish what an ass I can be.

Still, I know the hunger of a greedy heart desiring affection and admiration. My only hope is maybe you do too, need company, and will forgive my momentarily loud desperation.

The fourth of five children, I was born jockeying for position and attention. Insisting on visibility was an early and strong theme, and, though I was and continue to be immeasurably proud of all my siblings’ talents and accomplishments, some doubt comes with being one of five. I grew up wondering if my achievements would stand up against theirs, whether people would praise me as highly or even grant me a quiet corner in the familial pantheon I was fated to join.

Our family had athletes, actors, artists, writers, and scholars, so cross-throughs crowded the early catalog of my aspirations. No doubt, worrying about equaling others can fuel extraordinary effort, but it can also fuel jealousy, restlessness, and self-recrimination. “What about me?” the greedy heart cries, “when will I get my due?” Or worse, it wails, “I so wish I deserved more.”

In Jonathan Lenthem’s Fortress of Solitude, one of the characters tells his buddy about a model for families based on the Beatles. Every unit has a responsible parent whose grace, self-discipline, and sense of obligation makes it the perfect public face to present to the world: Paul. Beside this responsible parent is a genius parent, the brains of the operation. The genius parent’s talents compensate for bouts of disorganization, irresponsibility, or tactlessness because genius must be forgiven: John. Then there is the genius child who somewhere inside knows that, given the chance, he might be a genius too, might even supplant the parent who muffles his promise: George. Last comes the clown child who, looking around him, finds no avenue for expression and decides to pursue anarchy, shouting “What the hell?” to the world: Ringo.

In this model, I’m neither parent and neither child. I’d like to be Ringo, but really I’m rival to George, the genius child to a genius child, third, fourth or fifth on the depth chart. Try as I might to believe in the intrinsic, the essential, the genuine value of pursuits and their independent, autonomous, anarchic pleasure, it’s not enough. Private accomplishments aren’t real. If no one reads me, I haven’t written.

I’m still trying to get a song on the next album.

Which is why Buddhism appeals to me. Striving, experience tells me, is the source of unhappiness, and the person who knows how to put it aside has found enlightenment well beyond most of us. I’m no one’s Buddha, though I affect that stance. My humility and calm hide a riotous soul shouting for notice.

How does one get from here to contentment? I don’t know.

So far, my desire to overcome desire hasn’t worked, and I’ve re-enacted my family at school, at my job, in writing workshops, and in every community that ever called me a member. I can’t be comfortable as a steadily turning cog or as a mushroom relishing its place in warm, wet shadows. I can’t rest.

Another analogy: the cat brings a mouse and lays it at a master’s feet. Dear Reader, every time I post I wonder if I’m really mousing, hoping for a prize to finally fill this appetite.

Unbecoming, I know… too much information… but it’s an agitation barely borne, and sometimes, Dear Reader, it just gets out. You must sense it too. And what do you do with a heart that wants and wants and cannot say so?